Karim Benzema has been named Uefa’s men’s player of the year after helping to fire Real Madrid to Champions League glory last season, finishing ahead of Manchester City’s Kevin De Bruyne and teammate Thibaut Courtois. Benzema scored 15 goals as Madrid won their 14th Champions League title last season, including crucial strikes in their run to the Paris final against Chelsea and Manchester City. 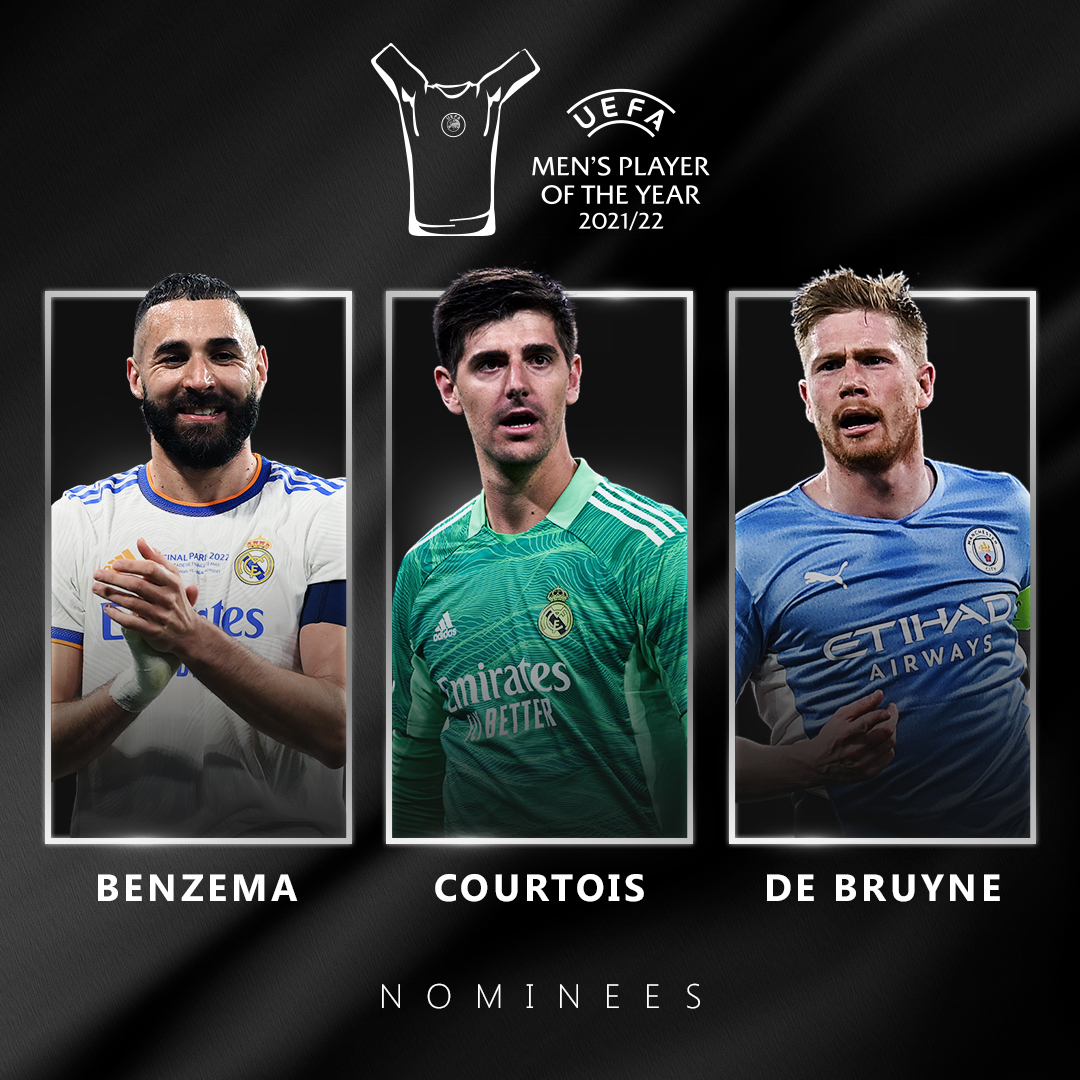 The Spanish champions defeated Liverpool in the Paris final, with goalkeeper Courtois producing a man-of-the-match display and making key saves to deny Mohamed Salah and Sadio Mane. His Belgium teammate De Bruyne finished in the top three for the third season in a row after being named the Premier League’s player of the season and leading City to the defence of their title.

Meanwhile, the Barcelona and Spain midfielder Alexia Putellas won the Uefa women’s player of the year award for the second season in a row, beating competition from England’s Euro 2022 winning forward Beth Mead. Putellas scored 34 goals as Barcelona reached the Champions League final, but suffered an ACL injury just days before the Euro 2022 finals. Mead was awarded player of the tournament and won the golden boot as England defeated Germany in the final.

Elsewhere, England manager Sarina Wiegman was named Uefa’s women’s coach of the year while Carlo Ancelotti won Uefa’s men’s coach of the year for leading Real Madrid to the Champions League. Benzema was a shining light for Real Madrid last season as he was the most important player in the Los Blancos team, helping them finish as both UEFA Champions League and the Spanish La Liga titles last season.

He will be hoping to go again this season in a bid to challenge strongly for more titles at the end of the current campaign.