Since he arrived at City in 2015, we’ve seen the Belgian play a central role in some of the biggest victories in the Club’s history across all competitions and against a number of sides. His haul of four Premier League titles, five League Cups and one FA Cup has already made him a City great. That impact extends to matches against our city rivals Manchester United too, against whom he has enjoyed considerable success through the years. Ahead of this Sunday’s clash, we look back at his numbers in the Manchester derby. 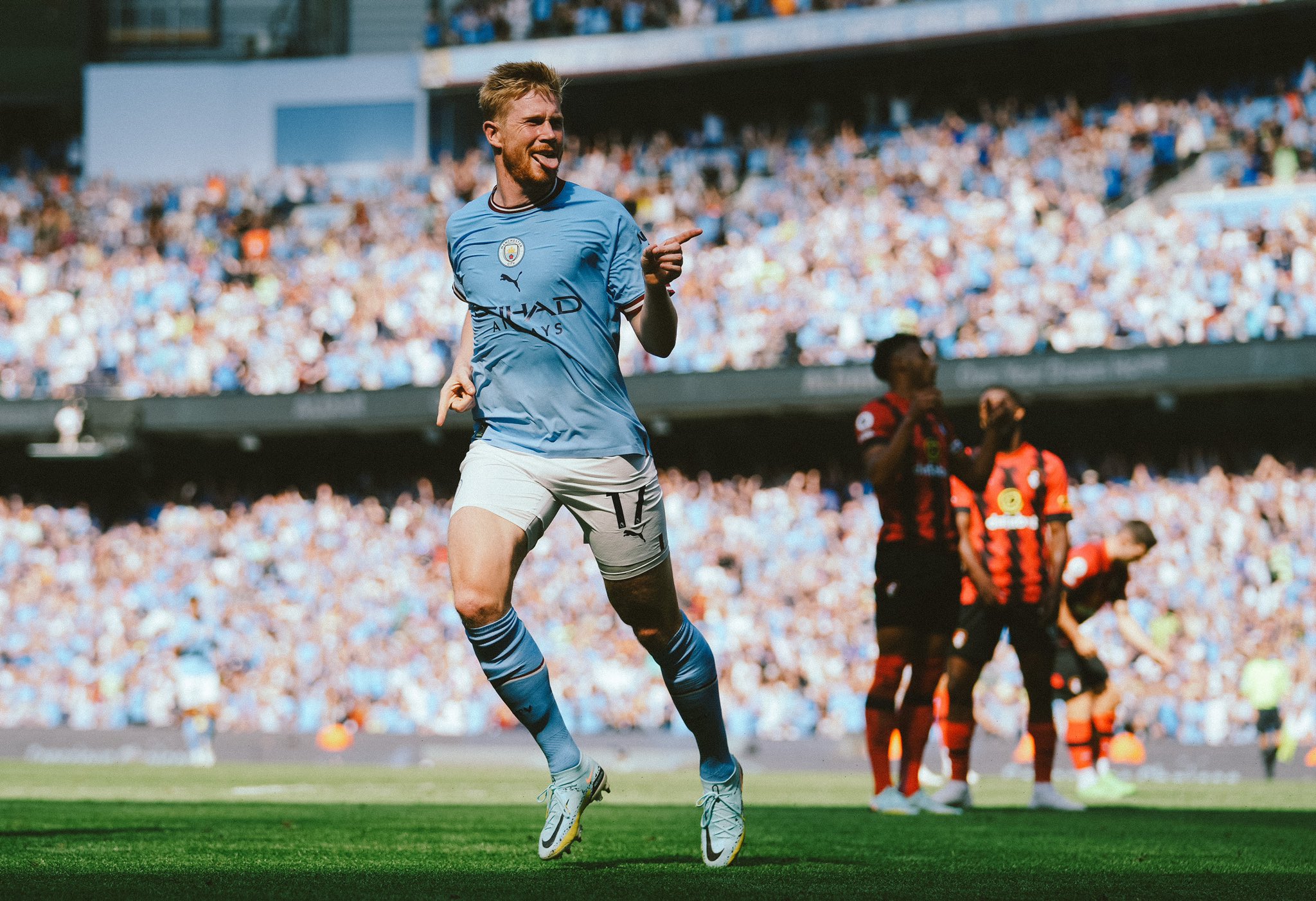 De Bruyne has featured in one of England’s greatest rivalries on 13 occasions. That includes 10 matches in the Premier League and three in the Carabao Cup. His first appearance against Manchester United came for Chelsea in 2013 but it was October 2015 when he made his Manchester derby debut.

Of those 13 games, only one has been a substitute appearance. He has totalled 1076 minutes against United since joining City. De Bruyne has won six of his meetings with Manchester United while at City, losing four and drawing three times. The most emphatic victory in that time was the most recent match, when City swept United aside with a 4-1 victory at the Etihad Stadium in March.

The Belgian has three goals and one assist against United for City. The first of those came at Old Trafford, when he was the benefactor from a long punt up field nipping ahead of Daley Blind and firing home. It was a wait until his next goal in this particular rivalry, but they came like buses. He scored twice in March’s hammering, also getting an assist – truly earning his Man of the Match award.