Manchester United midfielder Kevin de Bruyne has insisted that they will not be slowing down even if they win the UEFA Champions League title later this month to add to their league title win. The Belgian midfielder has admitted that he knows they were not at their best at the beginning of the season but states that he is happy and satisfied at how all the players were able to recover from their ill moments and also how they ended up turning their season around.

The former Wolfsburg star has been a mainstay in the City midfield this season and has put in sublime performances for the club whenever he has played. Earlier in the season, de Bruyne mentioned that he, the other City players, and their manager Pep Guardiola all agreed that they would work hard to win every competition they’re in but even after being knocked out of the Emirates FA Cup at the hands of Chelsea, they have won the League Cup, the Premier League title, and they’re now in the UEFA Champions League final.
END_OF_DOCUMENT_TOKEN_TO_BE_REPLACED

In what will come as a huge bit of positive news to everyone concerned with Manchester City, especially manager Pep Guardiola, star midfielder and club captain Kevin De Bruyne has been confirmed to have returned to first-team training despite picking an ankle injury in the defeat they suffered at the hands of Leeds United in the Premier League days ago.

The Belgian international midfielder has been City’s midfield anchor and one of their best players so far this season, alongside German midfield enforcer, Ilkay Gundogan. However, there were fears that he would miss the all-important Cup final against Tottenham on Saturday. After walking off the pitch during that match, Guardiola revealed after the game that he did not know the exact nature of the injury and would have to consult the club’s doctors for more analysis.
END_OF_DOCUMENT_TOKEN_TO_BE_REPLACED

There have been a lot of debates about who the better midfield player is between Manchester United’s Bruno Fernandes and Manchester City’s Kevin de Bruyne. While both players are technically gifted and are key players of their respective teams, a lot of people still believe that they have differences as well as similarities. 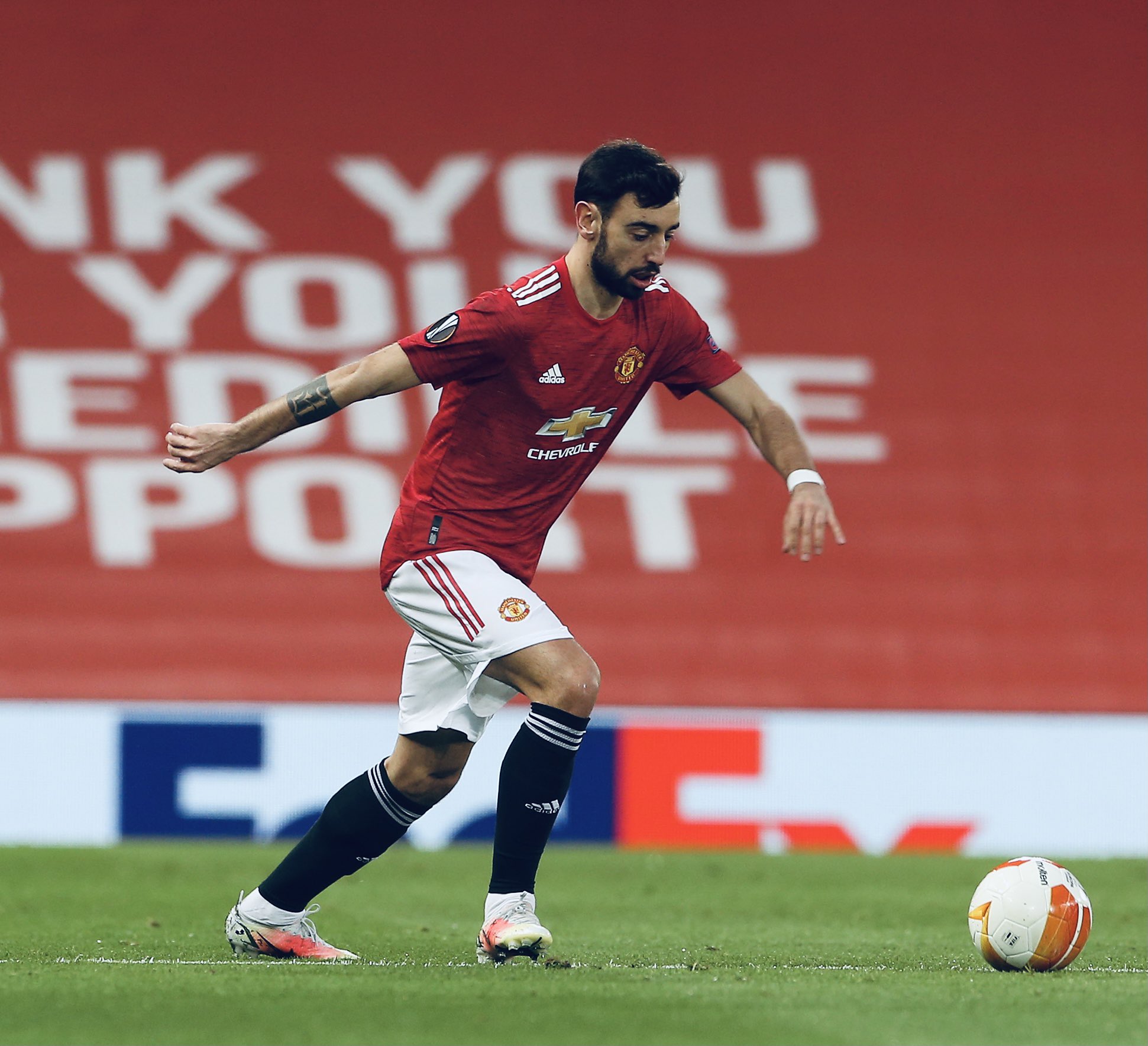 De Bruyne has been a key member of the Manchester City team for a long time now since making the switch from German Bundesliga side Wolfsburg. Since joining City, he has cemented his name in the mind of Manchester City fans and they have in return, idolized him so well that he is already now part of the club’s history. The Belgian superstar loves to make direct passes into the 18-yard box and registers a lot of assists in the process. He assists goals more than he scores and while pundits have asked him to improve on his shooting skills, his manager Guardiola believes his assists are as important as goals.
END_OF_DOCUMENT_TOKEN_TO_BE_REPLACED

Manchester City playmaker Kevin De Bruyne has returned to individual training to give his team a big boost ahead of the rest of the season. The Belgian international has missed the last six Manchester City games because of a muscle injury. Kevin De Bruyne sustained the muscle injury during the home game with Aston Villa in the league last month and he was ruled out for up to six weeks as at then. 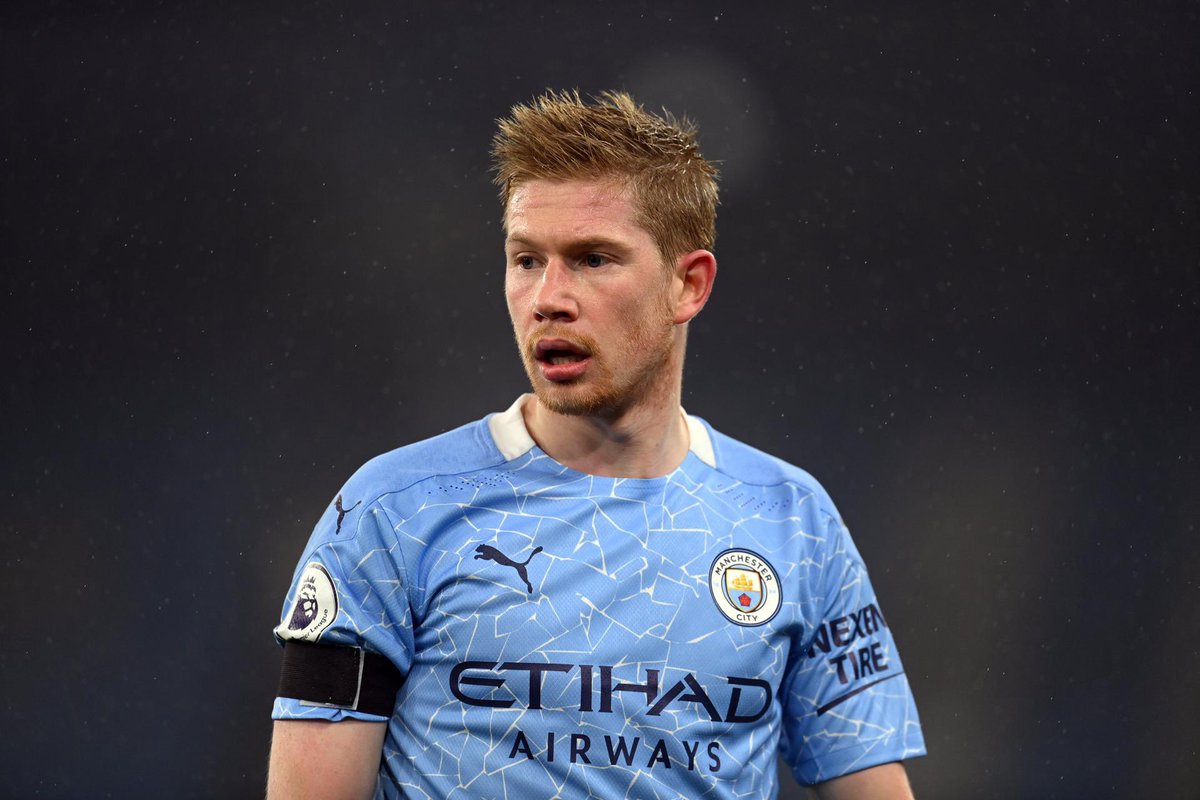 Manchester City boss Pep Guardiola gave the update on Kevin De Bruyne during his pre-match presser ahead of the visit of old rival Jose Mourinho and his Tottenham Hotspur players. According to Guardiola during his pre-match press conference on Friday, Kevin De Bruyne has started light training but he didn’t put a timescale on his return to the Manchester City squad. Kevin De Bruyne faces race against time to be fit for the start of the Champions League knockout stage this season. Manchester City will face German opponents Borussia Moenchengladbachover two legs in February and March to determine who will qualify for the quarterfinals of the competition. END_OF_DOCUMENT_TOKEN_TO_BE_REPLACED

Manchester City talisman Kevin De Bruyne is closing in on the signing of a new bumper contract at the club according to various reports in the British media. A specific report from the Guardian disclosed that Kevin De Bruynehas agreed a lucrative new deal at the club until 2025. Kevin De Bruyne has been a big hit for the Citizens since they signed him from VFL Wolfsburg in the German top flight. Manchester City were criticised in some quarters but they stuck to their guns by signing the Belgian international playmaker.

Kevin De Bruyne returned to the Premier League to sign for Manchester City in 2015 in a then club-record deal and many had reservations about his ability to thrive in an environment like the Premier League.Kevin De Bruyne was at Chelsea where he failed to shine before he left to sign for VFL Wolfsburg. He came back to the English top flight on the back of him winning the German Player of the Year and he has been able to prove his doubters wrong with several impressive outings in a Manchester City shirt. Kevin De Bruyne is a key player for his team and one of the first names on the team list for Manchester City manager Pep Guardiola. It’s not surprising that the Citizens have decided to hand him a new five-year deal.

END_OF_DOCUMENT_TOKEN_TO_BE_REPLACED

The Premier League games are beginning to come thick and fast as the festive period draws nearer and this represents the best time for Fantasy Premier League (FPL) managers to make their mark in a bid to improve their standings. Ahead of Gameweek 13, thefootball faithful takes a look at the best four captaincy picks and Manchester City playmaker Kevin De Bruyne is the pick of the bunch. Here are the four players picked for FPL captaincy for the latest gameweek: